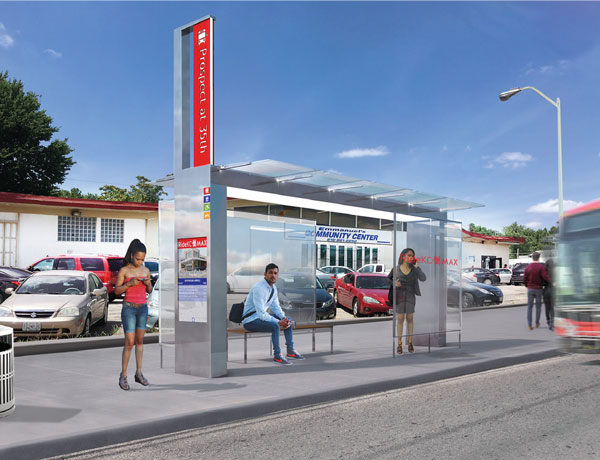 On April 4, voters in Kansas City, Missouri, will vote on three General Obligation bond questions to fund basic infrastructure projects over 20 years. The Kansas City Regional Transit Alliance encourages a yes vote on Question 1, which will fund a progressive sidewalk repair and construction program and the local match for Prospect MAX.

Prospect MAX represents the third iteration of Kansas City’s innovative bus rapid transit system. Main Street was upgraded in 2005 and Troost Avenue in 2011, both to much fanfare and increased ridership. After a failed attempt to include Prospect MAX in the 2014 streetcar expansion program, it’s time for KC voters to commit financially to this high ridership — but economically stressed — corridor. The promise of new technology and a more intense focus on transit-oriented development makes Prospect a true evolution of the MAX brand.

Question 1 will also provide up to $150 million in funding for sidewalk repair and construction throughout the city. A high quality sidewalk network provides critical access to the existing transit network. There are also many neighborhoods that have little to no sidewalk infrastructure, making transit service a challenge. We prefer not to have a cap on the amount of sidewalk spending, but spending on arterial road reconstruction should also provide a smoother ride for the RideKC fleet.

KCRTA encourages a YES vote on KCMO Question 1 on April 4.