Cole County Circuit Court Judge Jon Beetem heard a request today to transfer the Transportation Development District (TDD) lawsuit to Jackson County, where the district has continuing jurisdiction. At the end of the hearing, the judge asked the movants (the parties requesting the Motion to Transfer) for a proposed order.

The Kansas City Regional Transit Alliance funded the district’s formation costs, but the Board of Directors is now overseeing the rest of the process (except for this lawsuit).

If a draft order to transfer the case to Jackson County is received, Judge Beetem could issue a ruling by the end of next week. The case would continue in the Jackson County Circuit Court.

The newly-elected Kansas City Main Street Rail Transportation Development District (TDD) Board of Directors held its first meeting on October 31. The Board approved bylaws, elected officers, and set a 2018 budget of $0 income and expenses.

No dates were set for the final TDD “funding election” to approve the revenue sources that were proposed in the district’s formation. A previously published schedule from KCRTA proposed a mail-in election starting in late 2017.

The TDD is a separate entity from the nonprofit Kansas City Regional Transit Alliance. KCRTA provided the funding and oversight for the TDD formation and the first two elections on behalf of 64 petitioners. All actions were authorized by the State of Missouri’s TDD Act (RSMO 238).

The next TDD Board meeting is scheduled for 4 p.m. on Friday, November 17 at Boulevard Brewing Company, 2501 Southwest Boulevard. Meetings are open for the public to observe. 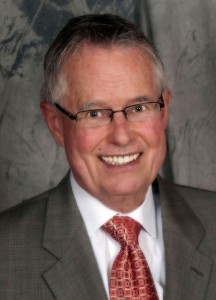 Agenda:
– Transit at KCI
– Honor 2017’s Transit Advocate of the Year
– Elect new KCRTA board and officers
– Network with other transit advocates and supporters

Tickets are $30 for KCRTA members and $35 for non-members. Heavy appetizers and non-alcoholic beverages are included. This year’s meeting is sponsored by the Kansas City Streetcar Authority.

The Kansas City Board of Election Commissioners has posted a sample ballot for the October 7 TDD director election, as well as the list of polling places for that election day and other information:

Nineteen candidates filed for the seven open spots on the TDD Board of Directors, which will oversee the funding mechanism that was approved by voters in August.

More information about the Midtown/UMKC streetcar extension can be found at https://kcrta.org/streetcar/

The 16th Circuit Court of Jackson County issued an Order on Friday afternoon forming the The Kansas City Main Street Rail Transportation Development District (TDD), which was approved by voters to fund the local portion of a streetcar extension through Midtown to UMKC.

The Order also calls for an election to select a Board of Directors from within the TDD. The Director election must be held within 120 days of the formation Order being issued. As of Friday afternoon, the Jackson County Clerk has officially called for the election, which will be conducted by the Kansas City Election Board on Saturday, October 7. Candidates should read the Order for filing instructions, as well as consult campaign requirements with the Missouri Ethics Commission.

Voters have approved the formation of a new Transportation Development District that would provide local funding for a streetcar extension through Midtown to UMKC. 70.11% of votes cast were in favor of forming the TDD.

The immediate next steps are for 16th Circuit Court Judge Dale Youngs to issue an Order forming the TDD, as well as an Order calling for the next election to vote on seven at-large Directors to govern the TDD. The Orders will contain details about how candidates can file for the TDD Board of Directors. Public notices will also follow. The Kansas City Board of Election Commissioners is responsible for administering the Director election, per the TDD Act.

In addition, Kansas City voters will weigh in on two streetcar-related petition initiatives on the Tuesday, August 8 ballot. Neither of these was put forth by the Kansas City Regional Transit Alliance. Please read our statements on Question 1 and Question 2.

More information about the Midtown/UMKC streetcar extension is at https://kcrta.org/streetcar/.

The Kansas City Board of Election Commissioners has scheduled a meeting of the Election Judges appointed by the Circuit Court for 2:00 pm this Friday, August 4, 2017, for purposes of certifying the results of the formation election regarding the proposed Kansas City Main Street Rail Transportation Development District.  It is anticipated that official results will be available shortly after 2:00 p.m. on Friday August 4, 2017.

More information about the proposal is here.

The Board of the Kansas City Regional Transit Alliance supports Question 2 on the August 8 ballot in Kansas City, Missouri.

In complete contrast to Question 1 on the same ballot, Question 2 is a petition initiative that supports streetcar, as well as providing connections with a fleet of electric buses.

This proposal is drastically different from others offered by Clay Chastain, all of which we have opposed in the past.

You can view the sample ballot for the August 8 election here.

All ballots for the special mail-in election to extend the streetcar through Midtown to UMKC must be received at the 16th Circuit Court by 5 p.m. on Tuesday, August 1.

Mail-in ballots in Missouri must be notarized. The Jackson County Clerk offers free notary services on the second floor of the Courthouse. Voters may return their ballots in person at the Circuit Court Administrator’s office on the third floor.

More information about the special election is at https://kcrta.org/streetcar/